The tumbleweed rolled through town like a simile on a quiet day, picking up dust and lost opportunities as it went. The writer hid in his cave, relishing the dark and the silence and the nearby fridge.  He knew the bell would soon ring. It had to. He typed faster, harder hoping that the noise of his writing would drown out the copper clang when it came. But it did not.

'Write a blog post!' the town crier called as he shook out the alarum. 'Blog post, ahoy!'

The writer peered out of his window, squinting at the brightness of the day outside.
'I'm on a deadline,' he mumbled.

The bellman nodded as he came nearer to the writer's porthole.
'Ye always are.'

I'm back in the UK now - but last week I was in Turkey, co-writing a thing with the costume designer from Time Cop.  It's true what they say: writing is hell. 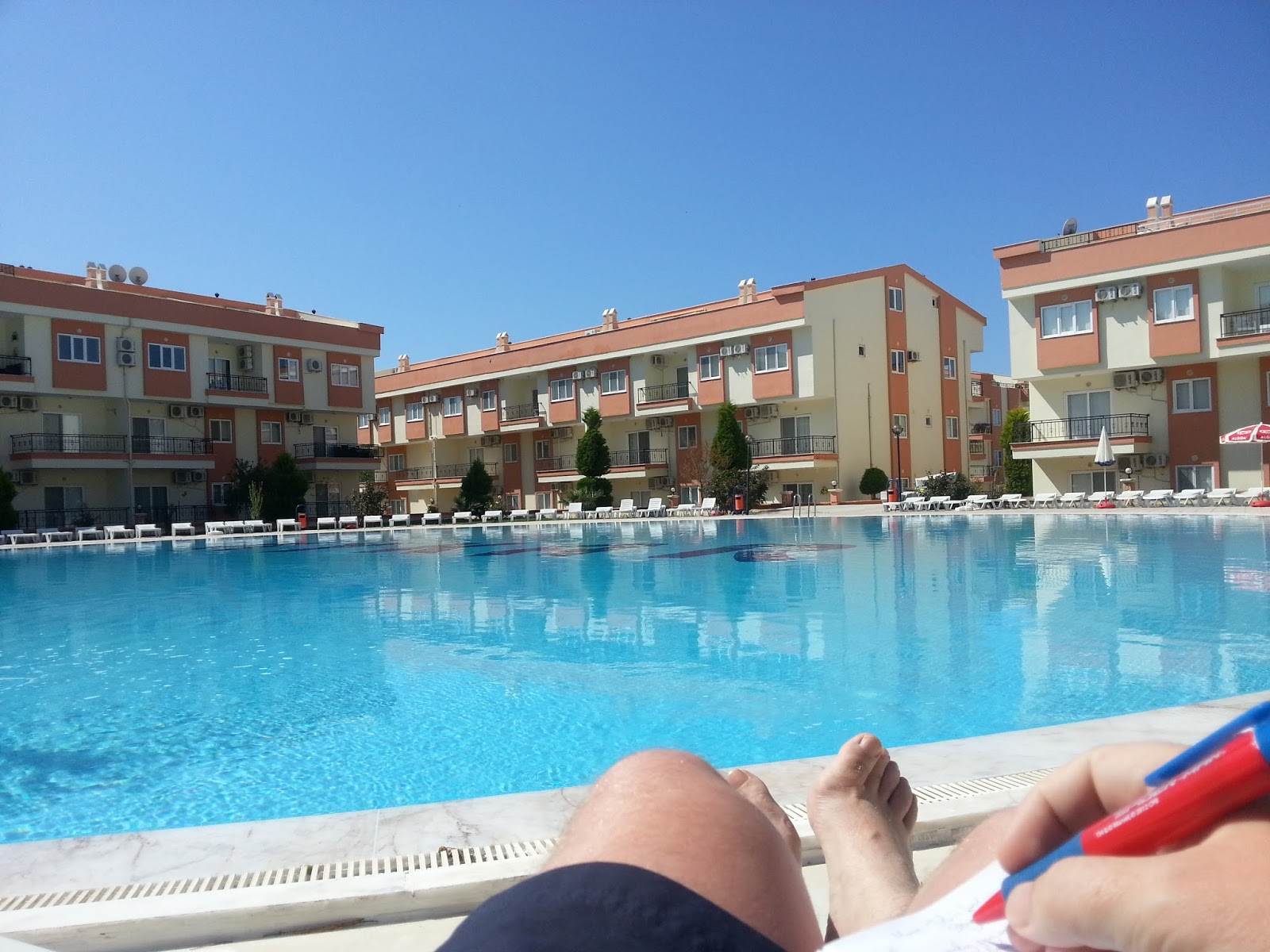 It's been a wee bit quiet here on the blog as I've been working hard on a couple of huge projects that'll be announced soon... And when that happens you'll soon be sick of me talking about them here, on Twitter and everywhere else. I'll apologise now for that, so I don't have to when I'm in full-on Promo Mode.

In saying that it was unforgivably remiss of me to fail to write a blog post about my first ever published US work a few weeks ago: Night of the Black Stant in the K issue of Vertigo's CMYK.

Vertigo anthologies are part of my comics DNA and to appear in one was a dream come true. Art by the incredible Will Morris, lettering by the legendary Todd Klein and edited by the Coolest Guy in Comics™ Greg Lockard.

It's definitely still available in shops because I saw it in one yesterday.

One review described it as a feminist parable but I can't find it right now, so here's one from Kirkus by someone who thought our story was the best. And another from Newsarama, from someone who only figured it was top two. Meanwhile CBR thought "The revelation of the true nature of the Black Stant is an excellent surprise in the tradition of classic science fiction. However, the story tries too hard for moral clarity," which I'll take on the chin.

Also out since my last post - a quick Dredd prose story in Megazine 354, which Richard at the FP Blog described as "two excellent pages of just how unlucky a bank-robber can be in MC-1". 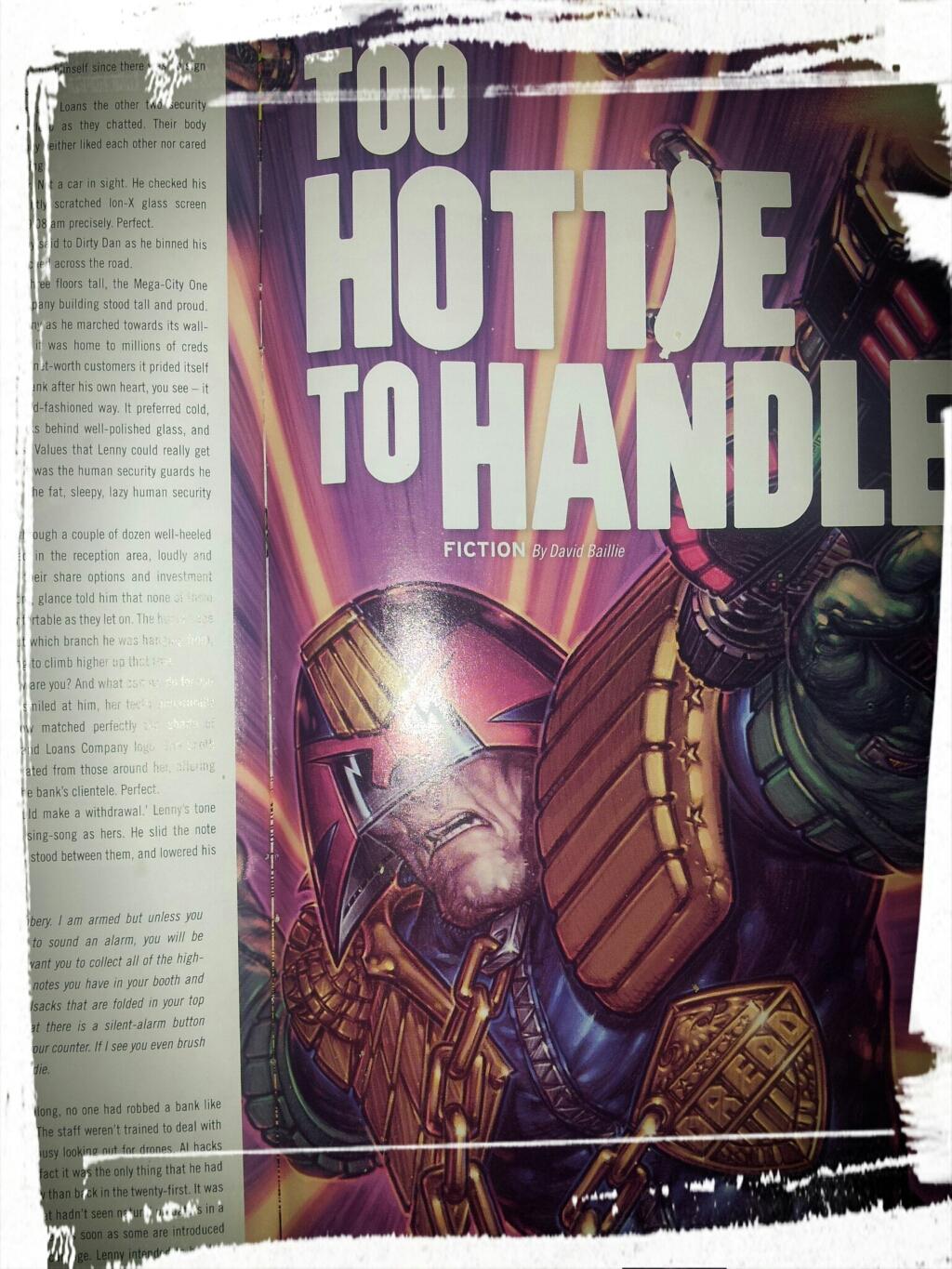 I love that the Megazine has articles, interviews, and other text pieces in it. But I’ll admit, I’m always a little apprehensive when I come across a Dredd prose story. Don’t ask me why, I’ve never read one I haven’t thoroughly enjoyed. That said, Too Hottie To Handle is probably my favorite Dredd prose I’ve read.
Baillie’s story is tight, with not one extraneous word. But at the same time, it’s incredibly robust and descriptive. It’s interesting seeing a prose story using the same type of economic sensibility that your average 2000 AD strip is so commonly known for.


The story  also bears a small similarity to this great true-life tale from today's BBC Magazine. (And the recent London diamond heist, actually, now I come to think of it.)

And now a reminder that you should pick up the excellent CROSS from anywhere on this list.
(See below for my ramblings about the story I have in there with Benevolent Ben Willsher.)

at April 20, 2016
Email ThisBlogThis!Share to TwitterShare to FacebookShare to Pinterest