This morning my window is caked in ice and my desk is covered in notes for stories and sketched redesigns for my website. The stories are unfinished and (you might have noticed) this website remains unredesigned.

If anyone wondered what my todo list looks like - it's just a pile of stuff on my desk.

Someone was musing at a recent comic convention about how much pressure there is on a writer the first time he or she writes Judge Dredd. I was nodding in agreement when it occurred to me that I wrote my first Dredd scene a few weeks ago and completely forgot to acknowledge the gravitas of the situation.

This is what happens when the rent is due.

So I thought I'd celebrate - weeks after the fact - by drawing the Judge taking a stroll in his city. 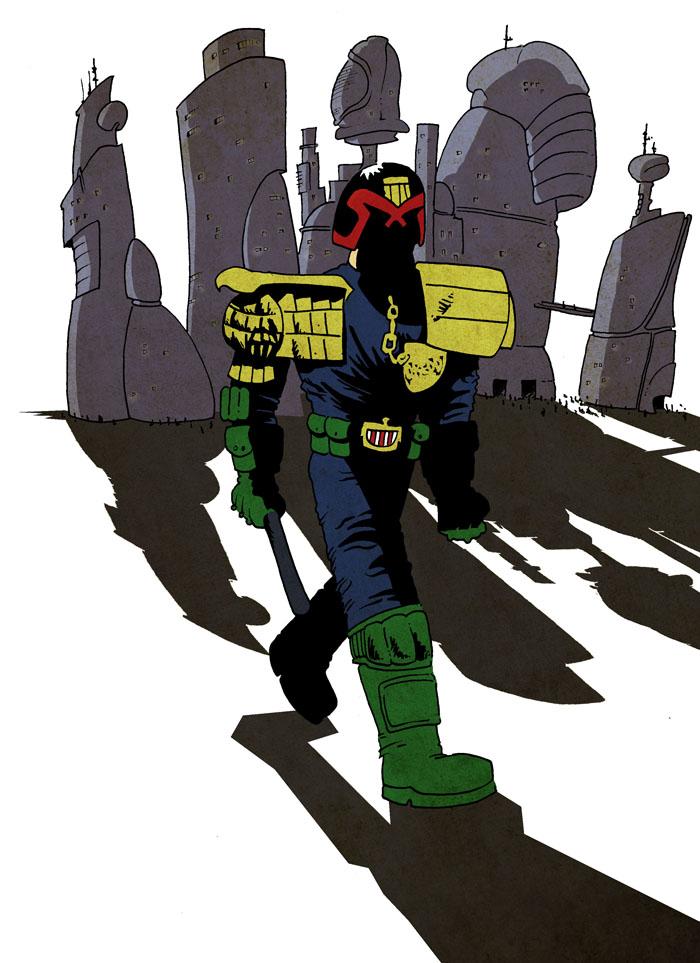 I've also written a new 3hriller for 2000AD. It's called The Ghostship Mathematica and I think it starts in two weeks time - Prog 1824. (Although I might be out by three Progs, as I know that fellow Scot Gordon Rennie also has a three-parter scheduled - I'll let you know nearer the time.)

I've cleared it with Tharg the Mighty and I'll be posting the script for the first episode here. I might also post a couple of last year's Future Shock pitches/scripts if anyone's interested in seeing them?
at March 12, 2013
Email ThisBlogThis!Share to TwitterShare to FacebookShare to Pinterest