The Casita Inauguration and Operation Glasgow 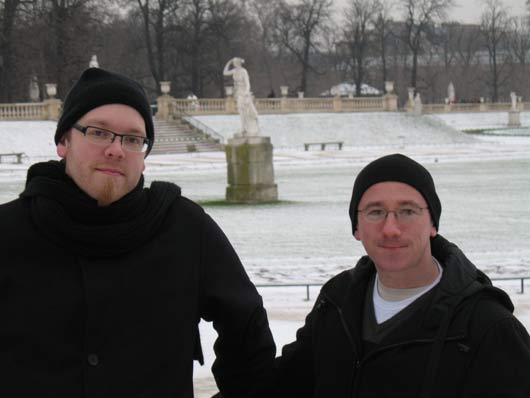 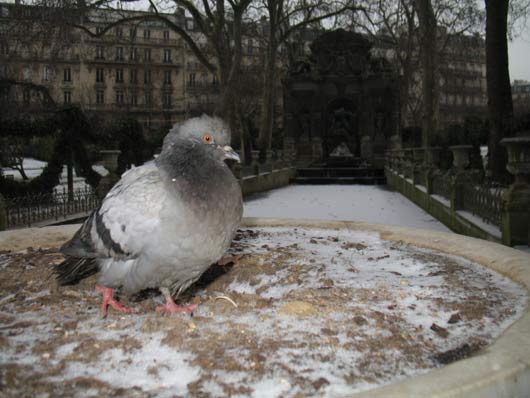 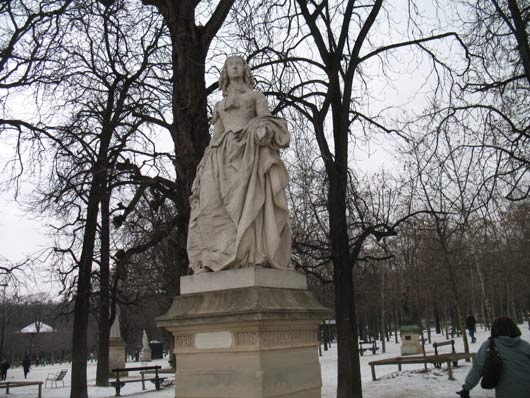 and a lovely statue

The Casita Grand Opening yesterday went very well indeed. It was fantastic to see our work on the walls of the hospital and to hear stories about how the panels have been used and received by the psychiatrists and patients. 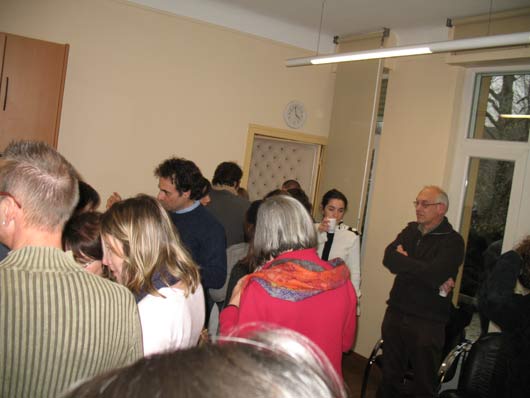 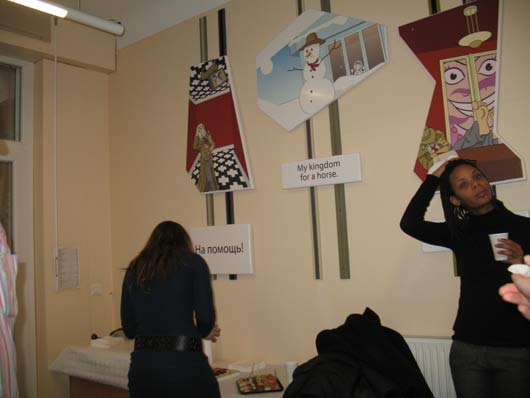 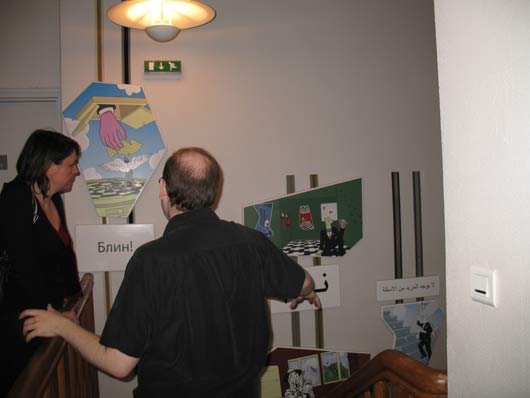 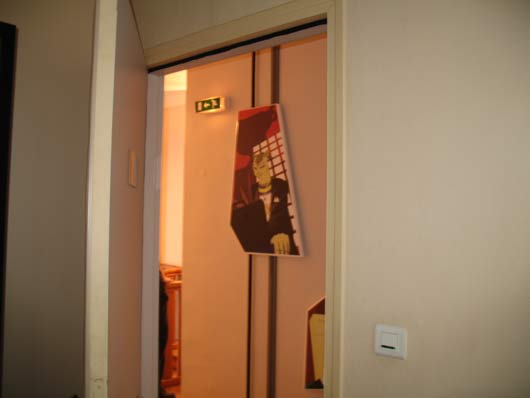 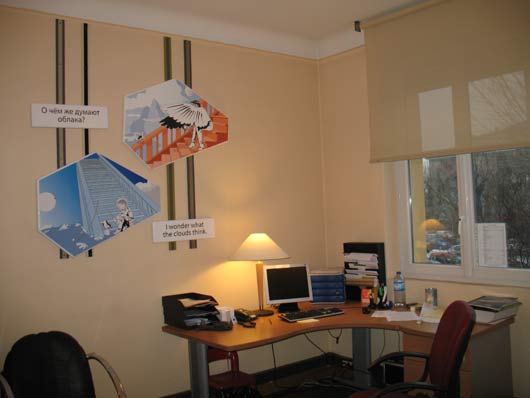 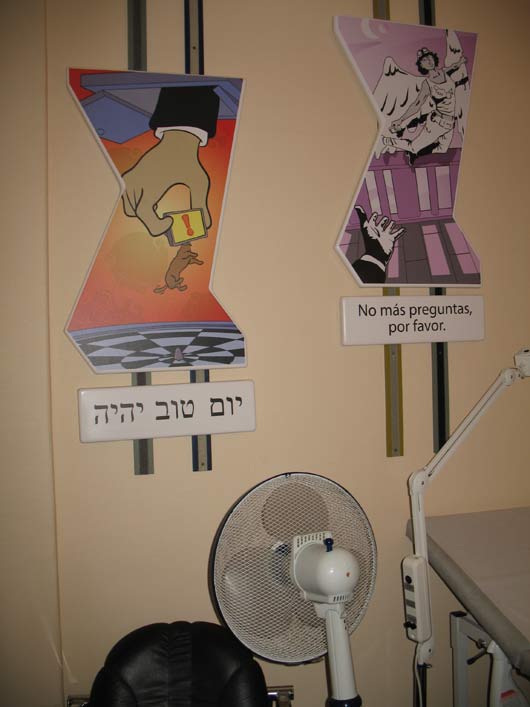 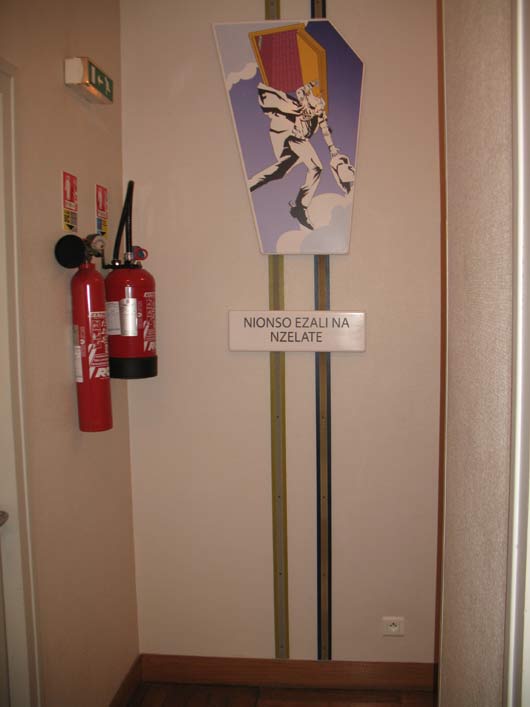 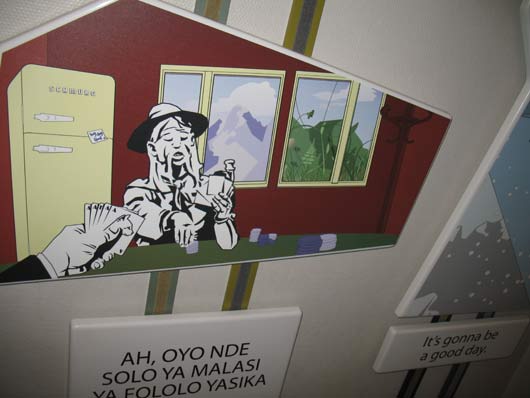 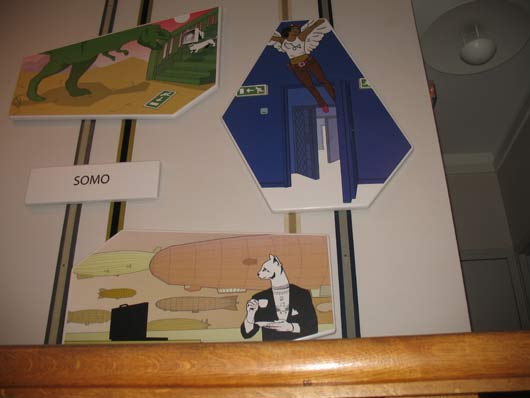 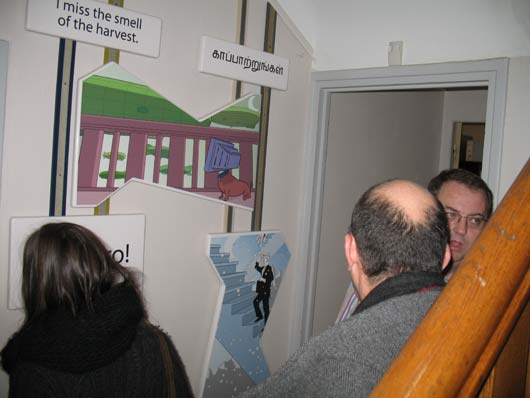 I’d just like to take this opportunity to thank the great folks at Casita and Hopital Avicenne for giving us this chance to work on such an exciting project and giving us the most amazing amount of creative freedom. It was a fantastic experience, both professionally and personally, and I’m absolutely delighted with how it turned out.

I’ll hopefully get to write part 3 of my dissection of our creative process before the end of the week.

I’m just about to head out and try and catch an early Eurostar back to London, from where I’ll be catching a train to Scotland because on Wednesday I have a meeting with the BBC in Glasgow.

You may or may not know this but I’ve been trying on and off for a couple of years to break into the world of television. The commonly received wisdom (especially among what has come to be known as the blogosphere) is that talent-spotting competitions are one of the best ways of doing so.

About eighteen months ago I was shortlisted for the prestigious Red Planet Prize, run by Tony Jordan, who regularly appears on annual top ten TV ‘movers and shakers’ lists. The first round of the competition required the first ten pages of a script, whch could wither be a film or serial episode, as long as it was original. It was the first television script I’d written, but I felt quite comfortable taking what I’d learned writing comics and working in a new medium, so I happily dashed off a scene and sent it in. I was thrilled when my entry was selected to proceed to the next round but also shocked to find out that they wanted the next forty pages right away. Flustered, I asked if I could have 48 hours to polish what I had (which of course was nothing at all) and spent the next two days in a coffee-fuelled frenzy breaking the back of the story and spewing it onto the page.

I didn’t win (and that should come as no surprise) but was one of a handful of writers selected from, I think, two thousand, to be invited to a meeting with Red Planet and Tony Jordan. At the time I hadn’t really seen much recent television – schoolboy error, right? – and sat baffled as my peers discussed bodice busters and soaps, the names of which didn’t even ring any bells for me. What I remember most is that Mr Jordan explicitly said that each and every one of us was definitely good enough to write for television and should be talking to, for example, the guys at Eastenders. I floated back to London on a bubble of contentment.

I started writing a new project, hoping to pitch it to them, but unfortunately it was about the Global Credit Crunch and every time I came up with some fantastic turn of events reality would outfox me. I tried my hand at another project and was gutted to hear that I’d been beaten to the punch by just-about-appear FlashForward, which was using an idea similar enough to mine that there was no point in me continuing.

The script that got me in that door also got nominated and shortlisted for another couple of things – the most recent of which was the Bafta Rocliffe Forum Award at the Cheltenham Screenwriting Festival a few months ago.

Then along came Scotland Writes, which is an initiative designed to find new writers either born or living in Scotland. The brief this time was to write a sixty-minute opening episode for a drama that in some way reflects contemporary Scotland. Although it was very definitely on my radar, I was busy with other (bill-paying) stuff right up until a couple of weeks before the deadline and wasn’t sure if I’d have time to do it justice. Also, I’m ashamed to admit, a little bit of self-doubt was sabotaging me. Nevertheless I continued to make notes whenever inspiration struck me and slowly an idea formed.

One morning I woke up to find that I had a structure, characters and, I think, an engaging controlling idea. Cue a few days of feverish writing and the usual last minute crisis where I think it’s crap and want to throw it all out. I handed it in to the BBC Writers Room office with 6 minutes left on the deadline clock. The lady on reception, recognising me from the last couple of times I’d shown up breathless, sweating and clutching a script at 1654 on a Friday, laughed her arse off.

This is my life.

So anyway, I didn’t win this one either, but I have been invited to Glasgow to meet with the Head of Scottish Drama among other BBC Scotland luminaries. I can’t wait. I hope it’s the start of something like a career in television. And I hope I actually get there.

Bloody snow.
at January 12, 2010
Email ThisBlogThis!Share to TwitterShare to FacebookShare to Pinterest

Congratulations, mate. You deserve to have a good year. You'll soon be far too famous, hobnobbing with the likes of Stephen Moffatt to speak to us anymore. By the way, are pigeons really that big in Paris?

No word of a lie, Joel - that one I took the photo of ate a whole van seconds later.

And thanks - I'd settle for a good month!

Excellent stuff, I'll keep my fingers crossed for you (Y'know, for a little while, till they begin to ache a bit).

This is great stuff, David - really wish you good luck with it all. Hard work pays off, and you work hard.