Yesterday I decided to take a run through Paris before breakfast. Valerio, our gracious host for the weekend, suggested a leisurely jog around Jardin du Luxembourg. Unfortunately it was closed so I headed for the river and ran along the bankside. It being completely new running territory and I wasn’t sure how far I’d gone at any point or where I could reach without collapsing, but it was fun seeing places I’d visited on previous trips last year like the Musee Dorsee.

All the while the Eiffel Tower sat there, tempted me. I suppose it would be a shame, I thought, if I don’t make it there. It didn’t look too far. 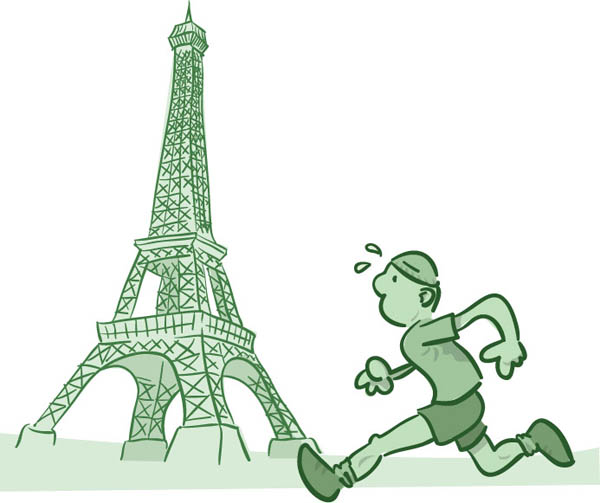 But no matter how far I ran it didn’t seem to be getting any closer. And it’s like waiting for a bus that never shows up – you’ve waited an hour, what’s another ten minutes?

Eventually, after much exertion, I made it. I was so elated at reaching my destination, I decided that instead of taking the direct return route, I’d go zig-zagging back through the streets. Of course I got lost about a dozen times and had to ask direction in my terrible, breathless French. Google maps reckons I ran about six miles. My aching body agrees.

And it was so cold that when I got in the shower, I noticed that any skin that had been exposed to the elements was glowing bright red. Is that bad?


Today is the grand opening of the Casita Variations. Being here again, and looking over the work for the first time in months, brings back very fond memories of how it all came together.

After receiving our brief and meeting with the attending psychiatrists it was an interesting task to try and pin down this ethereal project and decide on specifics. How many images? What size and shape would they be? Would we have recurring characters and if so how many? It was decided that, since part of the selling point of the proposal was that it would provide a sense of visual continuity through the hospital, we would restrict the narrative to four of five characters, who would occasionally interact. The characters had to represent a variety of ages and ethnicities so we created Mr Cat Suit, Birdy, Old Man Kansas, Space Girl and Goggles. 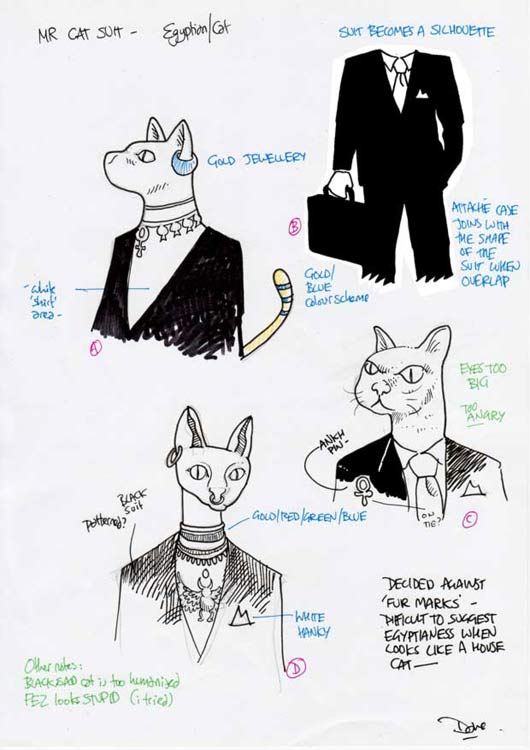 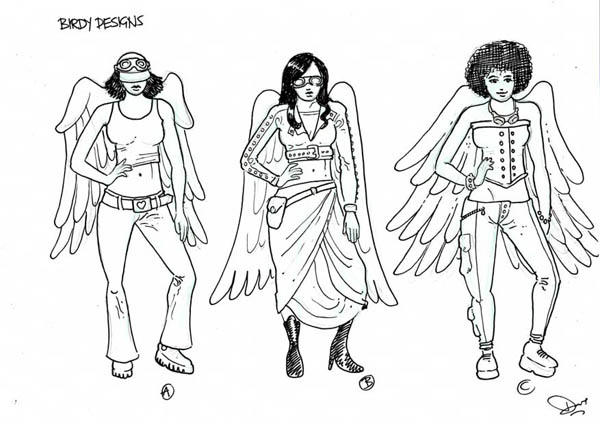 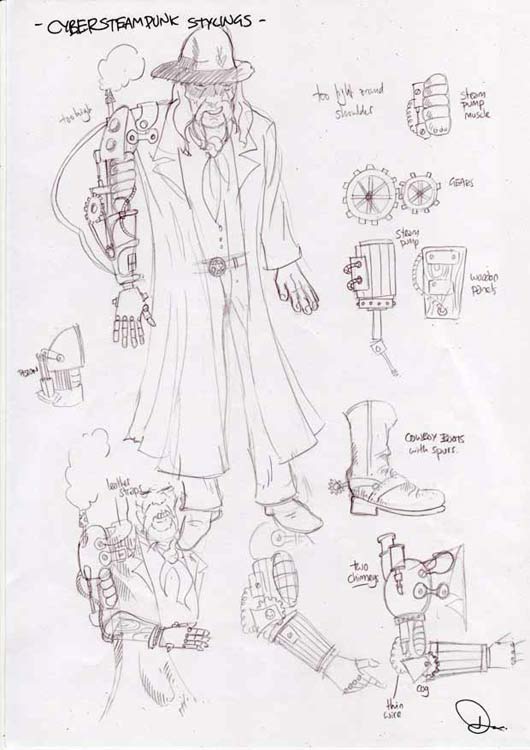 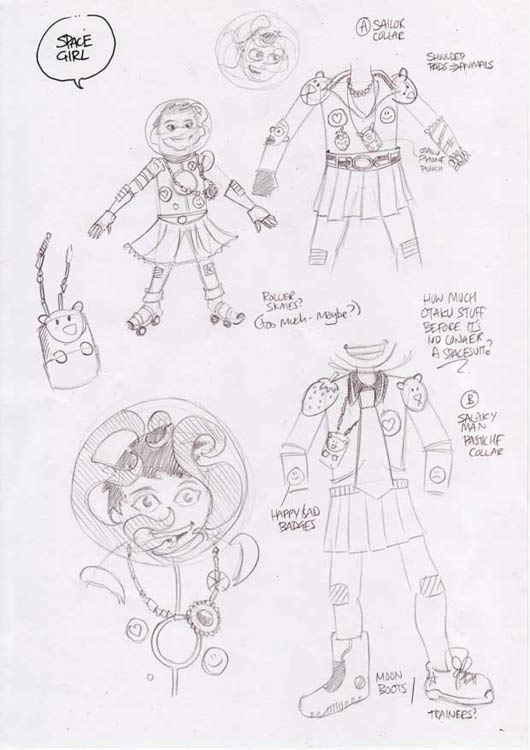 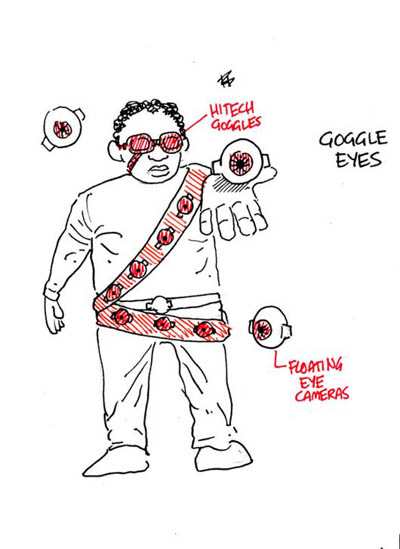 (please ignore the slightly wonky anatomy, these weren’t intended for public consumption)
Goggles unfortunately didn’t make it due to a non-human character suddenly being preferable. I can’t remember if we gave TV Dog a name, but he’s a dog with a TV for a head. 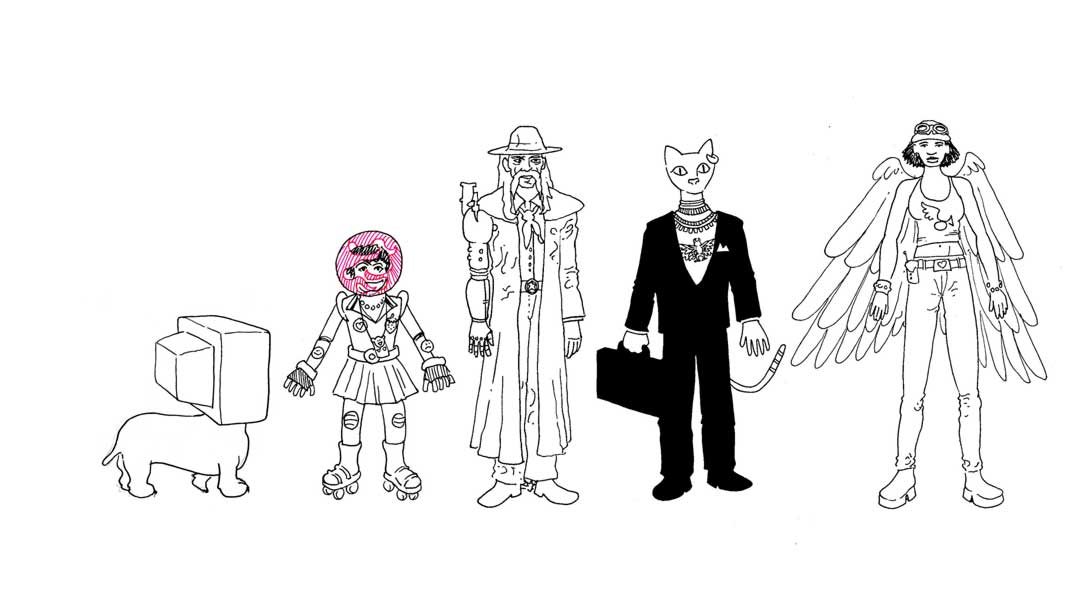 Our location, the Casita, was originally the house of, I think, the director of the hospital, and as such had some very un-hospital-like elements to its design and architecture. We were determined to use these distinct features and fittings in the art, and to contrast them with a more fantastic and surreal landscape which could be sometimes seen through a window or behind a banister.

I used Google’s SketchUp to model the corridors, doors, railings and floor of the Casita so that I could be sure they would look consistent throughout the pieces when I used them from different angles and distances. 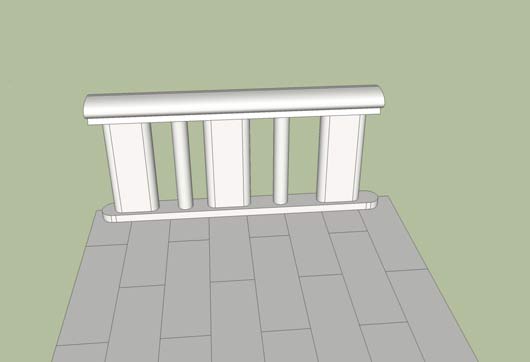 I have to stop now so that we can head off to the opening, but if you come back tomorrow, I’ll have some photos and a (probably slightly hungover) report of how it all went.

I’ll also shed some light on why, on Tuesday, I’m leaping straight from the Eurostar to a Glasgow-bound train headed for BBC Scotland.
at January 11, 2010
Email ThisBlogThis!Share to TwitterShare to FacebookShare to Pinterest

Cartoonist going to BBC Scotland on Tuesday with a bald head? That's tickling my conspiracy theorist! Though your name wasn't mentioned at the pub. Am I on the right track?

Nice work there, plug coming up!