Pimping
Four books I'd like to pimp to you, now that I have your attention...

First up is Western - an anthology put together by the insanely dedicated guys at Accent UK.

It's remiss of me not to have mentioned this more here, especially since they're facing an uphill battle with international distribution through Diamond due to the effects of the Credit Crunchie. 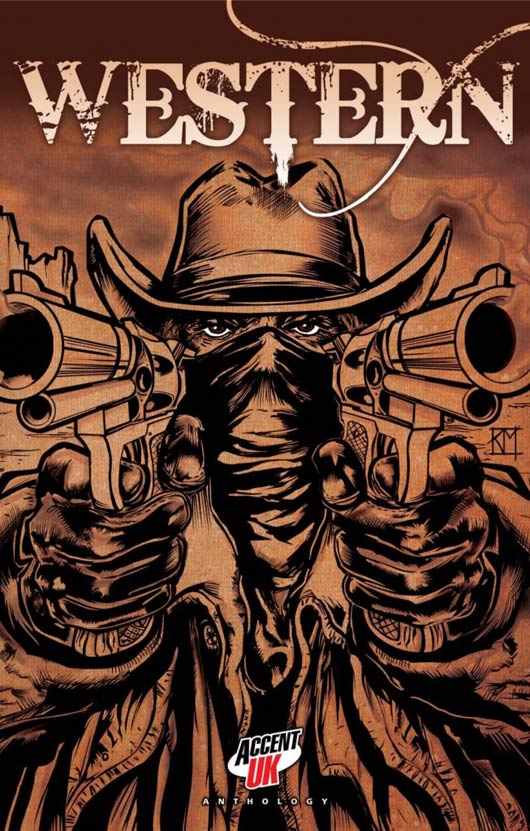 If you need any more convincing then here's a great review of it by Hypergeek genius Ed Kaye.

All this for only £7.99 / $12.99? Pre-ordering through your local comics shop using Diamond order code JUN090671 will help a great deal in ensuring the book gets the distribution it deserves!


The second book I'd like to mention is the result of much hard work from my mate Joel Meadows - the Tripwire Annual 2009. 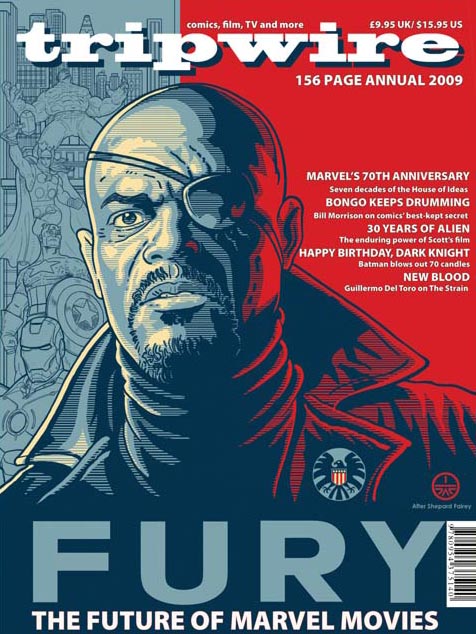 I was lucky enough to pick up a copy this week and it's a really great read. Brilliant interviews with Scott Allie (about Dark Horse's Robert E. Howard comics), Guillermo Del Toro (among other things talking about his new novel The Strain), Bill Morrison on Bongo and the Simpsons' 20th anniversary and Phil Hale about his painting. Special features on 70 years of Marvel and Batman and 30 of Alien round out the 156 action-pages.


Book #3 is the newly relaunched Redeye. Issue 2.1 hit the internet last week and if you haven't laid down your digital cash for it yet you really should!

Editor Baz Renshaw has been responsible for the recent injection of funk into Comics International and he's worked just as hard on this collection of news, features and interviews with the hottest names in indie comics - including an in-depth discussion with Garen Ewing about his awesome new Rainbow Orchid collection.

Which is book number 4!

Garen's more than paid his dues in the trenches and greatly deserves his big break. As you read this The Rainbow Orchid Vol One will be flying off shelves all over the UK. Make sure you don't miss out!

The Rainbow Orchid can be bought from all good book and comics shops or online from the official website (signed!) here.
at August 12, 2009
Email ThisBlogThis!Share to TwitterShare to FacebookShare to Pinterest