I do think Wall-E is one of the best films I've seen in years.
I do not want a moustache like the dude from There Will be Blood.
I do have a fruit smoothie in the fridge I need to drink today.
I do not think real men touch type.

Apologies to anyone searching the streets of San Diego for me this week - I had to chicken out and stay home in order to get some work done. If it's any consolation, it's just as hot in London this week as it is over there!

OK - I promised the lost Robot Interviews in my last post, so I'd better deliver. For those of you who don't know, Robots is the latest anthology from those boy-wizard-entrepreneurs Dave and Colin at Accent UK, and it can be got from the finest of comics shops worldwide - Diamond order code MAR083379. Last year's book was Zombies and next year we'll have Westerns.

Anyway I wrote and drew 7 Robot Interviews, but I think I only sent 6 and 5 saw print - which leaves us with two web exclusives! 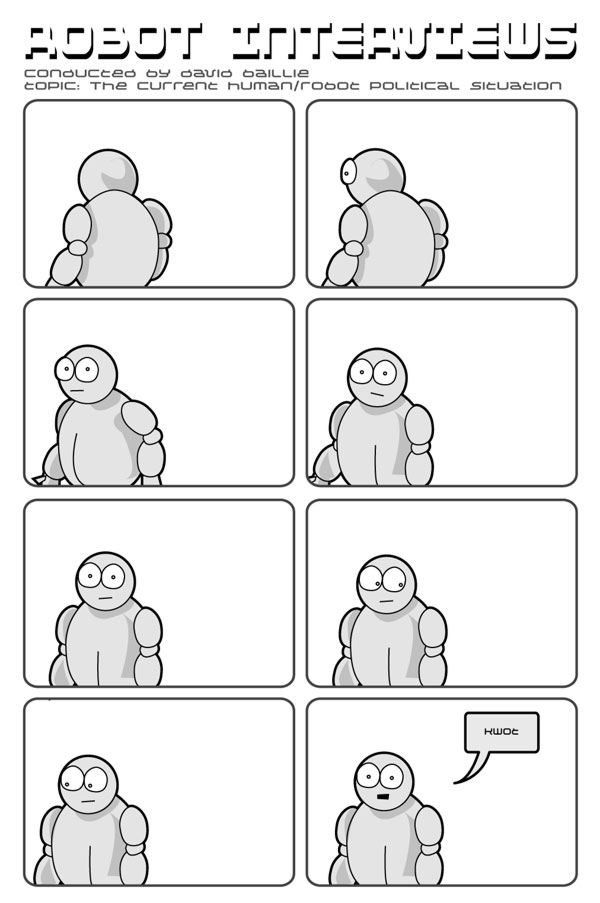 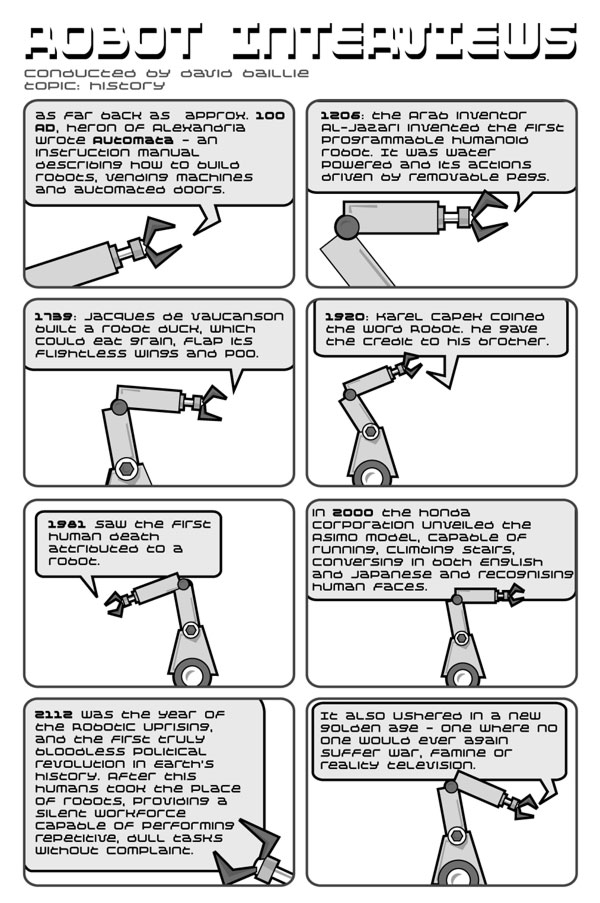 listen links
A couple of weeks ago Radio 3 broadcast a live edition of poetry program The Verb - and I discovered these guys - A Poem in Between People. The two tracks they played are up at Benin City myspace and are incredible, so go listen.

bbc links
Why dying is forbidden in Longyearbyen
Every week I seem to discover new and more impressive things about Phil Jupitus (he was on that episode of The Verb I was just raving about) - here he talks about satirical newspaper comic strip and the Radio 4 program Comic Love. (separate link for the show)
The lost tapes of Dr Who composer Delia Derbyshire

And that's all she wrote.
at July 25, 2008
Email ThisBlogThis!Share to TwitterShare to FacebookShare to Pinterest