No. Not dead. Just busy.

Came back from holiday and had to pull a few all-nighters at the start of the week to keep on track with deadlines. Now I just have to transcribe an interview for Redeye Baz. Joel talked about transcribing interviews a couple of weeks ago. He’s not wrong.

Comp copies of the book I illustrated and designed the cover for were waiting for me when I got back. Here it is. I’m quite chuffed. 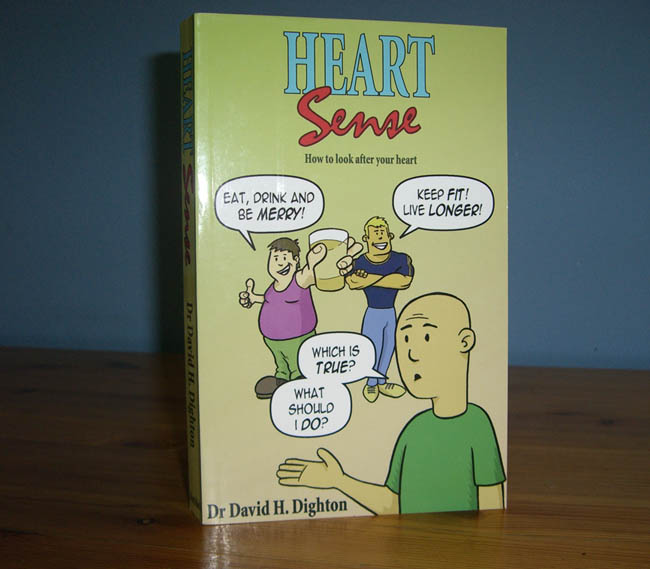 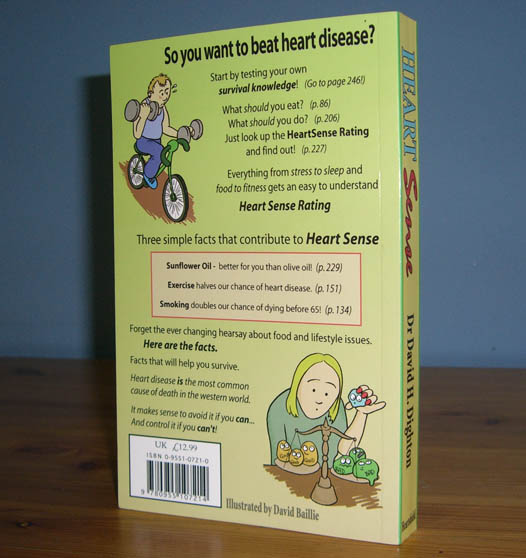 While I’ve got the camera out – here is what I’m reading this week. 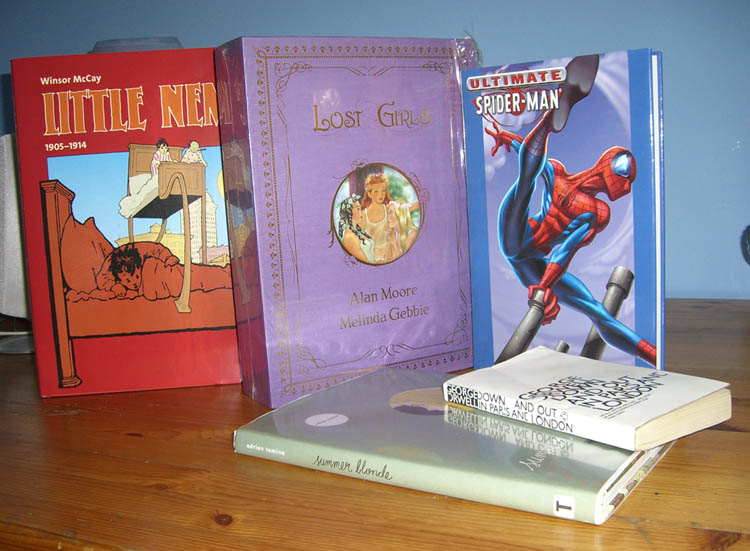 (I put down Down And Out… when he arrived in London and only got round to finishing it this morning on the tube).

Drinking buddy and all round award-winning good guy Daniel Merlin Goodbrey is interviewed over at TalkAboutComics. The whole thing is worth a gander, but I wanted to draw attention to his gracious mention of me:

Dave Baillie will surely be writing for Marvel or DC any day now, but until then can be found in attendance at most UK small press gatherings with an assortment of his fine mini-comics to hand. I don’t think Dave’s site really does enough to show off the scope and range of his work for print, but have a root around and you’ll see some examples of the finest the UK print scene has to offer. He’s Scottish too, for reasons that escape me.

I also crop up this week in a TRS2 review by the boy-genius Oli Smith...

For an example of how to make a genuinely hilarious comic with similar themes as this, read David Bailey's 'Mindy', which makes someone pissing in a swimming pool into an insightful black comedy.

Very kind of him. For the record, even though Oli isn’t keen on the comic being reviewed (The Crap Your Pants Anthology), I really enjoyed it. I even appear in it as a character. If that doesn’t make you want to pick it up I don’t know what will.

Speaking of which, that other Scottish-comics-creator-of-note, Douglas Noble, has completed his 70-odd page epic tale of romance, destruction and telly-watching, Live Static. I haven’t finished it yet, so don’t ruin it for me, but head on over there, gorge yourself and then tell him what you thought of it.

More news, adult content and pictures of things next week.
at September 15, 2006
Email ThisBlogThis!Share to TwitterShare to FacebookShare to Pinterest