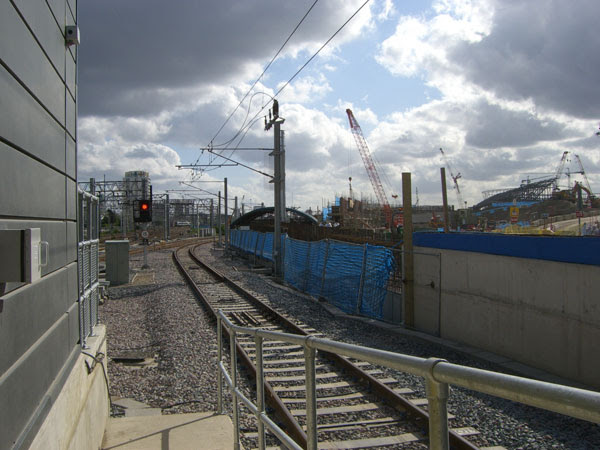 There'll be nothing left of Stratford by the time they're done!

All set for the bank holiday?
Yeah - I bet you are!

I'm going to be offline for the weekend, but just before I go, a couple of recommendations for you:

Manwha 100 near Trafalger Square - I was at the launch party on Wednesday night and it's awesome! (Review coming soon)

Man Saves Ducks! - a heartwarming, if mystifying, video at the BBC

Absolutely amazing photos taken from Hubble, which I believe was running on two flat AA batteries and a servo motor from a Japanese Transformer toy knockoff until until Astro Mike got there! (Also from the BBC)

Thanks mate.
I'm chuffed I got the camera working again.

See you on Monday!