Steve Green over at TRS2 over at bugpowder.com has posted a very kind review of Mindy/Pool:

Despite being conceived as a "gap comic" project to drag himself out of a creative slough in early 2006 prior to a full-on assault upon Tongue of the Dead #2, David Baillie's Mindy / Pool is no throwaway mini-comic.

Rather, it offers two charming vignettes, "Pool" (a 14pp comedy sketch set in a public swimming pool) and "Mindy" (a wry 13pp dig at celebrity culture hinged upon a case of mistaken identity), both of which exhibit a melancholy humanity with a deftness of touch barely hinted at by its deliberately simplistic graphic style.

If you click on 'COMICS' at the top of this page you can read it right now.

Joel has posted a mock-up of the cover to this year's hotly anticipated Tripwire annual. (Artwork by the sickeningly talented Duncan Fegredo). 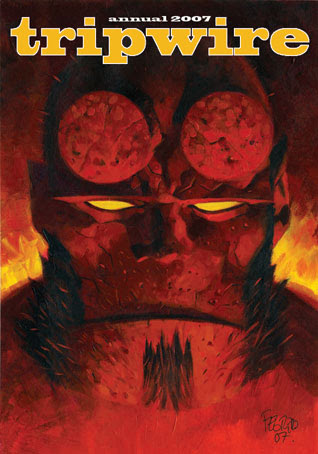 I used to work in the City of London. Despite any complaints you may have heard me make, my last job there I actually really enjoyed. The people were nice and my desk overlooked the Thames. The gym I went to was two doors down and no one minded if I fancied taking off for an hour's swim and sauna. (I'm making it sound like the boss turned a blind eye - no one minded because everyone nipped off for a game of squash or a workout).

Turning down the extension to my final contract was difficult because I knew I had it good. I'd saved enough money to cushion the shock of going freelance, but then how much is enough?

I still go to the same gym, but now it's not next door. I don't mind because the bank-side walk there is lovely all year round. The company I worked for have since moved on and the building is now covered in scaffolding. The one next door has already been knocked down. When I passed there a couple of days ago it made me a bit sad to think that it would all be gone soon. I have fond memories of sitting outside in the sun eating lunch with my team or grabbing a quiet moment to read.

This is what it looked like the day before yesterday: 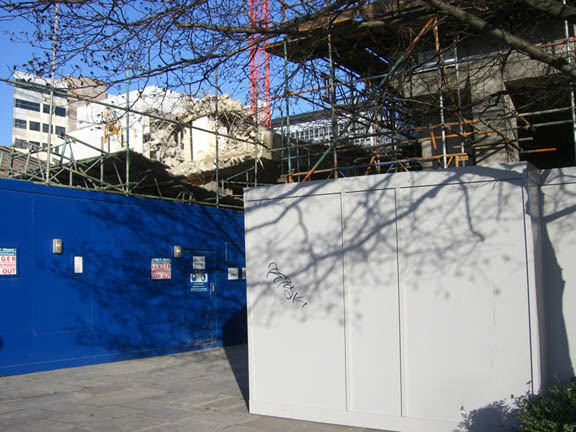 This street is Angel Passage, presumably where Alan Moore got the title for his spoken word performance.

Two other photos I took on the same stroll. 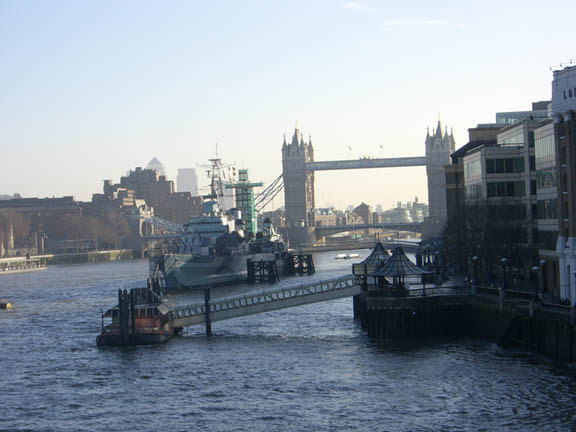 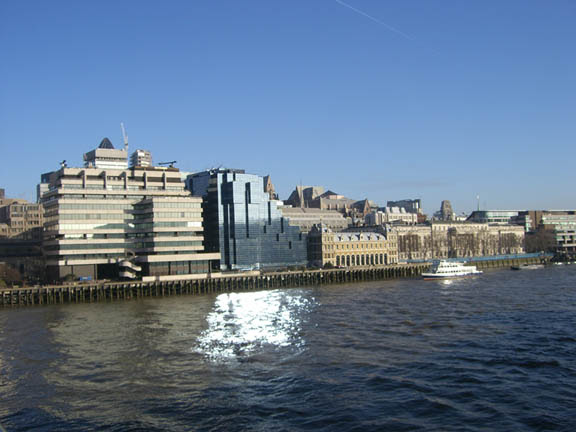 at February 07, 2007
Email ThisBlogThis!Share to TwitterShare to FacebookShare to Pinterest

One more and it's a hat trick for the Bat.

Joel - good stuff. Remind me closer to solicit date and I'll mention it again. And the Stripwire insert...

Bat - You'll always be the master of the Spreadsheet game. One more win and you get the stuffed monkey!