Listeners to Resonance FM will be treated to an Oliver Lamden / Mile End Thing special edition of Panel Borders this evening, but due to the magic of the Internet it's ready to listen to right now!

Just click here to listen to brief interviews with such hilariously drunken people as Dan Lester, Oli Smith and Sean Azzopardi. I'm on there too, but I was sober (and a little gunky from the cold).

I'm also on Radio 4 sometime soon, talking about the language of comics along with Oli and Alex Fitch (who usually presents Panel Borders on RFM), but I'm not sure when that's going out...

Speaking of the infamous Sean Azz, I went to a life drawing afternoon with him last week in Angel. Sean's an old hat at it, but it was the first I'd ever been to. I wish I could afford the time to go every week, because I'm sure my figure drawing would improve really quickly if I did. Who knew people had five toes on each foot? 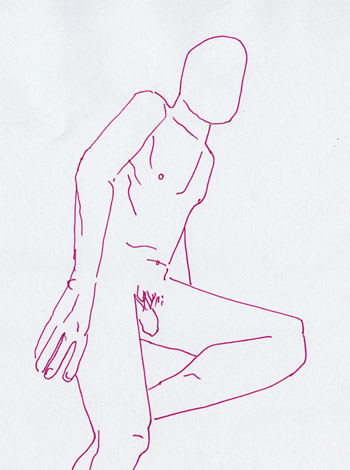 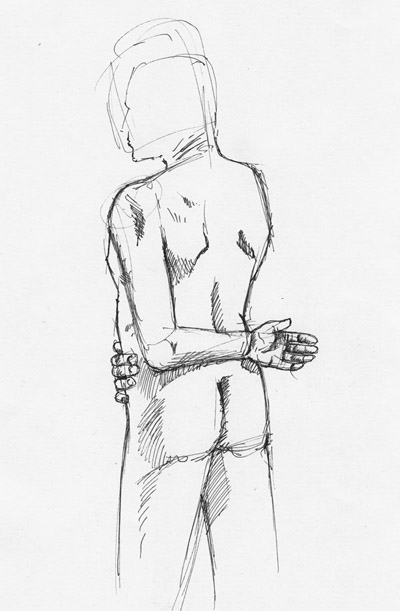 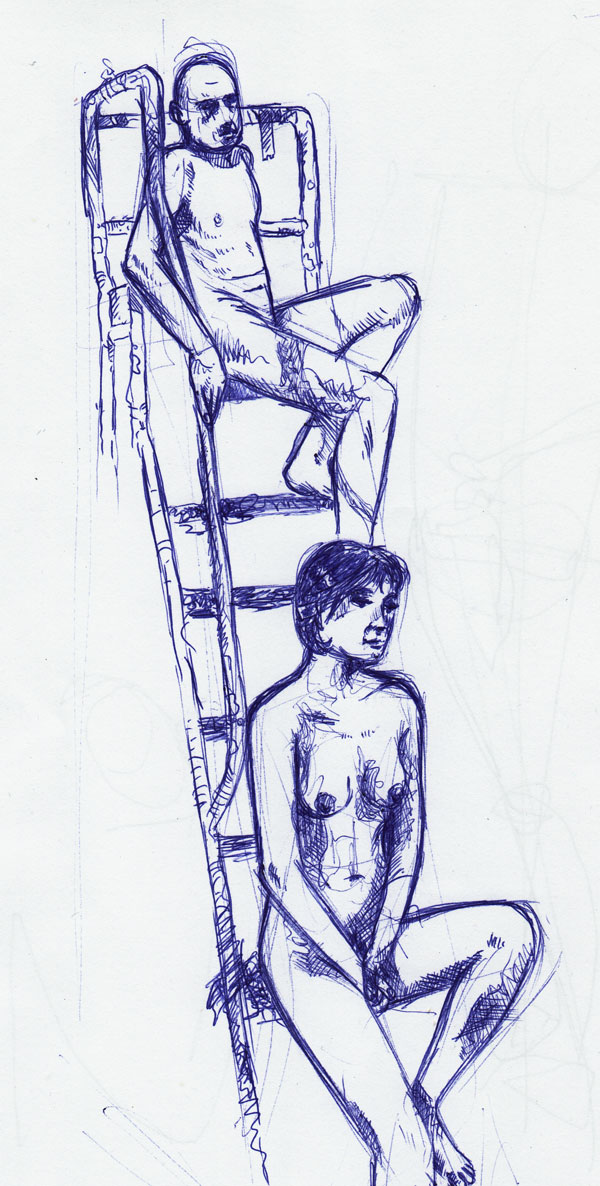 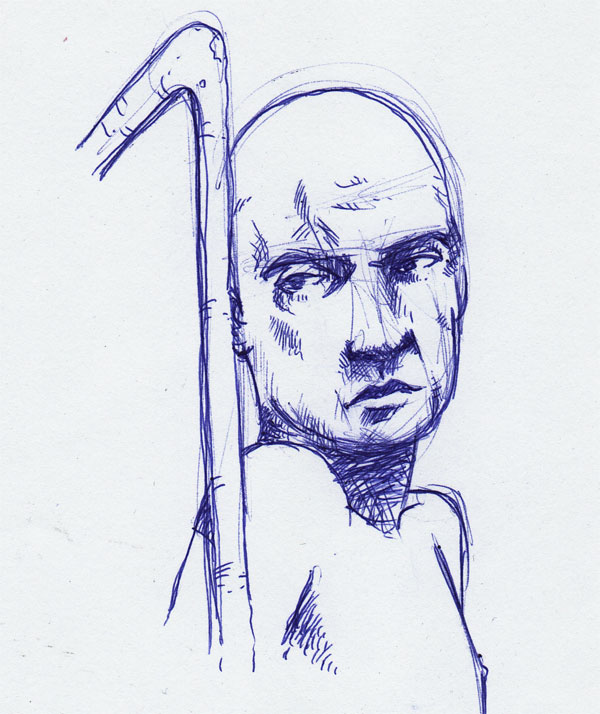 New Belly Button up today talking about some stuff that's been happening recently which I'm really, really excited about - watch out for episode 27 dropping soon!

Would it have killed you to have drawn some pants? Really. :P