I was really sad to hear about the passing of Humphrey Lyttelton at the weekend. I only mentioned him here a few weeks ago. His jazz shows and his witty performances on ISIHAC will be sorely missed. (And I didn't know he was a cartoonist in his younger years - I hope some of his work surfaces online in the next few days).

Over at Elephant Words this week the team will be coming up with fiction magic inspired by this photo (which I took after a party last year). 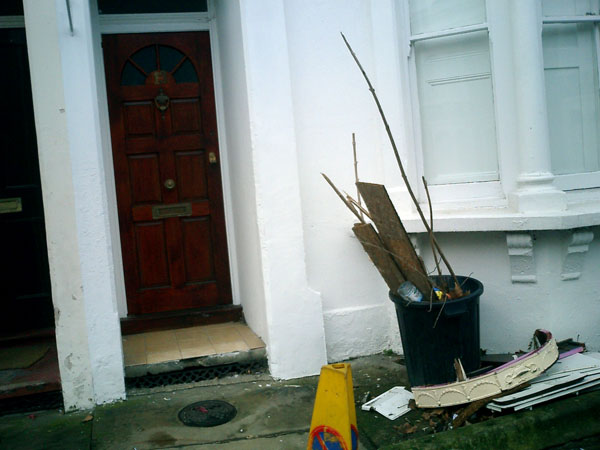 Same Hat! Same Hat! (one of the best scanlation blogs on the web!) reports on the recent Shintaro Kago exhibition in Amsterdam. Scroll down for a photo of the Manga God with fellow Camden conspirator Dirty Dan Lester.

If you're at a loss for stuff to do tomorrow at about 4 in the afternoon, you could worse than listen to Word of Mouth on Radio Four. Among the guests invited to speak on the program are Posy Simmonds, Bryan Talbot, Martin Rowson, Alex Fitch, Paul Gravett and me.

To read:
15 Things Kurt Vonnegut Has Said Better Than Anyone Else Ever Has Or Will
(via my countryman Eddie Campbell's Blog)
How Big Sugar Money (may have) Killed The Miracle Berry

at April 28, 2008
Email ThisBlogThis!Share to TwitterShare to FacebookShare to Pinterest