My sincerest apologies for the lack of posting here in the last couple of weeks but there have been many exciting developments since the last time I was here. The radioactive serum I was injected with in the last episode granted me temporary superpowers and I have been fighting crime, for one...


Here is a sketchy picture: 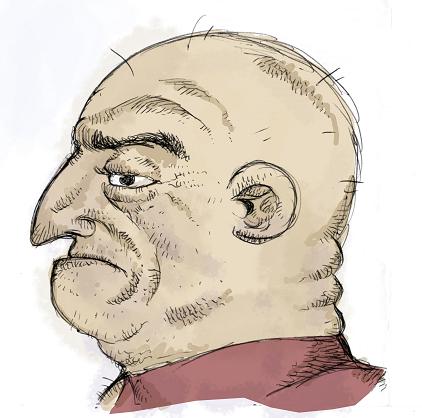 Metallica are to play at the new Wembley Stadium this year. 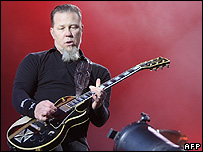 My first concert was an all day Metallica-fest in Milton Keynes when I was 16.

After the success of the Sydney Olympic Games in 2000, the Australian media instantly forgot that they had spent four solid years predicting doom and disaster all the way up until the opening ceremony.

The same scenario was played out in the prelude to the Athens Olympics in 2004, with the whole world's media running unending stories about unfinished buildings, until finally it turned out that the same people who had built the Acropolis could still build a basketball stadium, even if they had to set the concrete with a hair dryer.

Clive James asks why London is bothering building new stadiums at all for the 2012 Olympics.

I spent a few days in La Rochelle last week to celebrate my beloved's birthday. It was my first time there and I was bowled over by the beauty of the town, the pace of life and a cracking bande dessinée shop called Librairie Gréfine. I was also astounded to find the hotel we were staying in had a graphic novel library.

Guess who learned a bit more French than he expected?


A Hollywood producer calling himself Mr X talks about the frustrations of working in tinseltown over at The Times.

Ostensibly, I produce movies for a living. The most recent movie I had a hand in producing won the Academy Award for Best Picture. Pretty heady stuff, to be sure. The reality, though, is slightly less fulfilling. We shot that film two years ago and, since then, I’ve produced nothing. Zilch. Not a frame of film, a byte of sound, a kernel of popcorn.

Click on over to Gaping Void to find a great blog being written by a guy who draws cartoons on the back of business cards. He has a brilliant post explaining How To Be Creative.

While you're clicking around the web - go here and listen to one of the best youngster-rock-musical-combos of the modern age Trippy Wicked & The Cosmic Children of the Knight. And then vote for them so we can all go to Brixton and watch them perform at an XFM extravaganza.

A couple of weeks ago I went to a concert out West by a chap called Andrew Bird. He is really, really good and if you go here you can listen to some of his recent (and not so recent) radio sessions.

[After being asked how he wanted to be remembered] "Just as a guy who was interested in the golden thread that intertwines all of us together. You know, that golden thread that goes through me and you, and the cameraman, and all the people out there and back through Nancy. That's what an artist can do, that someone - anyone - could do, if they're willing to pluck that. And either it makes you laugh or it makes you cry, it's that golden thread of humanity, and I'd like to be remembered as maybe a guy who plucked a few of those."

I was saddened to find out that John Ritter passed away a few years ago. I was watching Bad Santa again the other night (I love that film - sorry Douglas!) and was reminded of how absolutely brilliant he was in it.


UK hacker loses extradition fight (and could face a prison sentence of 45 years!) 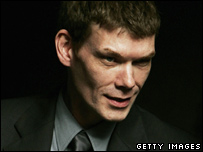 A British man has lost his High Court fight against extradition to the US for allegedly carrying out the "biggest military computer hack of all time". 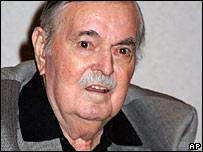 The ashes of James Doohan, who played Scotty in the original TV series of Star Trek, have been placed in a rocket so they can be released in space.

'Numpty' voted nation's best word
(Scotland's favourite word, that is. I'm proud to say I use it frequently).

I'll be at the London Book Fair the week after next - fancy meeting for coffee and a chat?


A couple of weeks ago I attended an excellent seminar by acclaimed screenwriter Adrian Mead. He recently wrote a guest-post on Danny Stack's blog entitled 'Are You a Black Belt Writer?', which will be of interest to anyone wanting to do something creative with their life.

You can apply it to every aspect of life, especially writing and karate. Okay, that might seem like an unusual combination but the challenges for writers and karate students are remarkably similar. 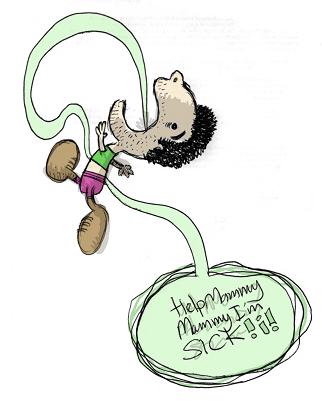 Rachel Cooke takes a look at Bryan Talbot's new masterpiece, Alice in Sunderland over at the Guardian.

I have been thinking about what I am going to say in this piece for days, and yet still I don't quite know how to put it. The truth is that the book I want to tell you about is rather difficult to describe. Its publisher, Jonathan Cape, is calling it a graphic novel. Well, it is certainly a picture book, but a novel? No. It's a history book, really, though that makes it sound too dull - and a detective story, too. But it also contains polemic, elements of fantasy, autobiography and literary theory.

I make a brief appearance over at Modern Monstrosity's excellent BrumCon report.

Right, that's me blogged out for another wee while. Feel free to comment, gripe or tell jokes in the comments section until I get back.
at April 03, 2007
Email ThisBlogThis!Share to TwitterShare to FacebookShare to Pinterest

The Adrian Mead guest post was really interesting and there certainly is a correlation between writer and martial artist (I get sore hands all the time ;)0. But seriously it was interesting…