Just back from my evening meal (A1 FOR ONE PERSON from the set menu, since you ask…) and I thought I’d log in and post something here. Can you imagine my shock when I realised that it had been a fortnight since I last did that?!?

Actually – you’d have gotten an update last week if I hadn’t been in Madrid with James celebrating his 30th birthday. And you’d have gotten one at the weekend if I hadn’t spent spent most of it ejecting my lunch at warp factor 5. And now I have a cold, so you’re lucky you’re getting anything, right?

Here are some pics from Madrid. 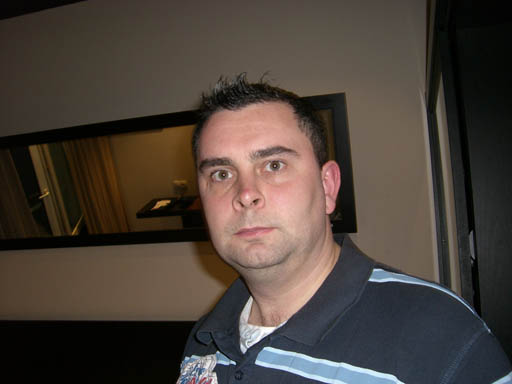 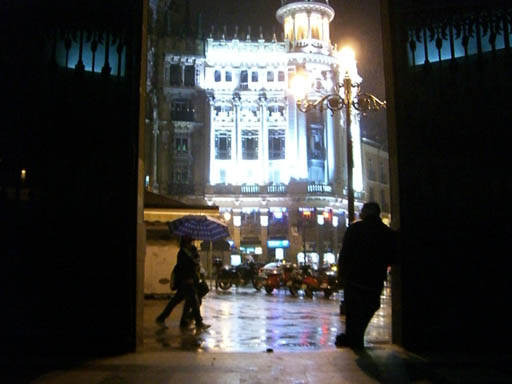 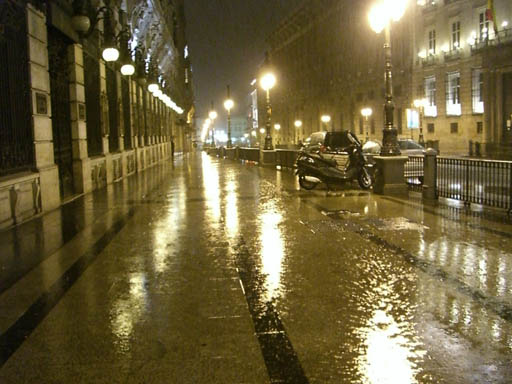 The weather was not great the first night 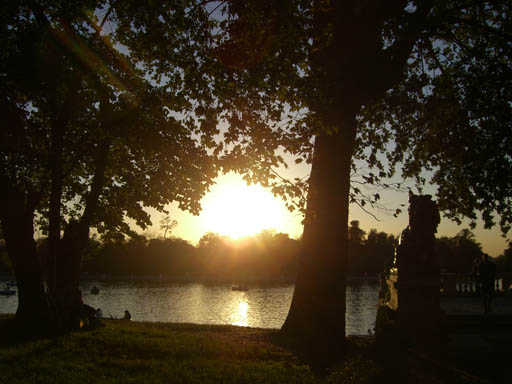 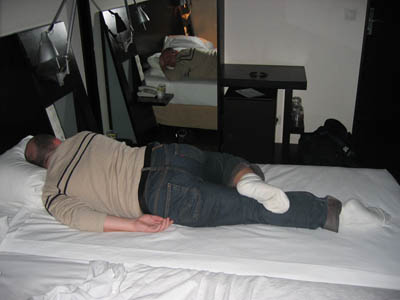 James was worried I was getting too old to party 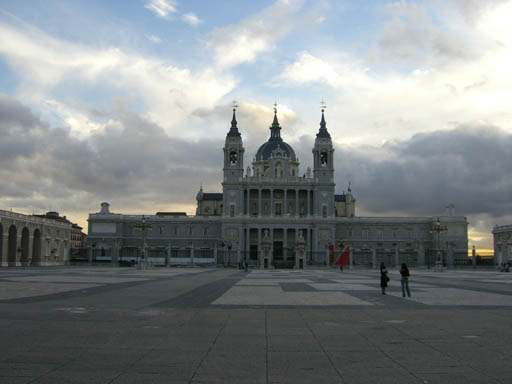 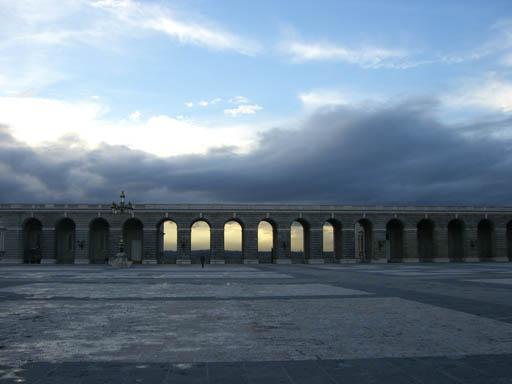 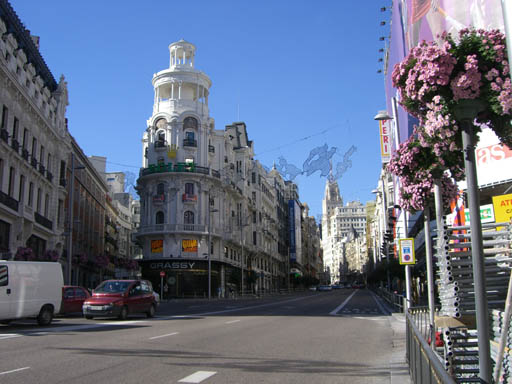 Gran Via - where our hotel was 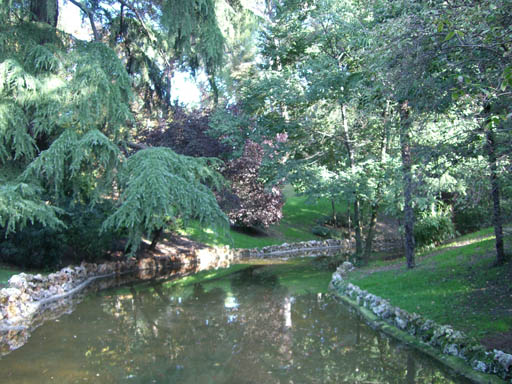 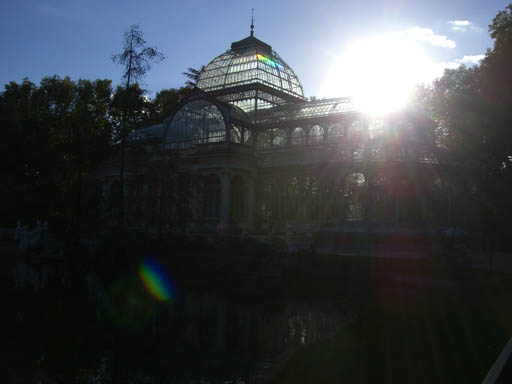 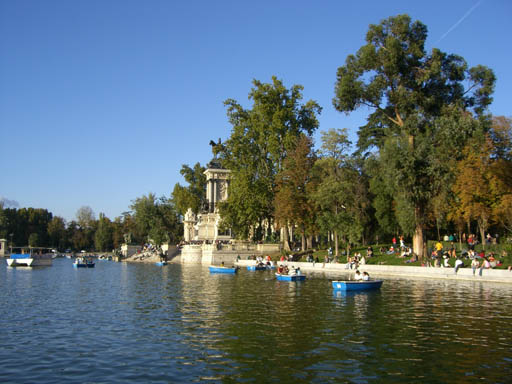 Just before I left I designed a flyer for Jen’s new show – one performance only at St Cyprians Church near Baker Street on the 1st December. Be there or be somewhere else being square. 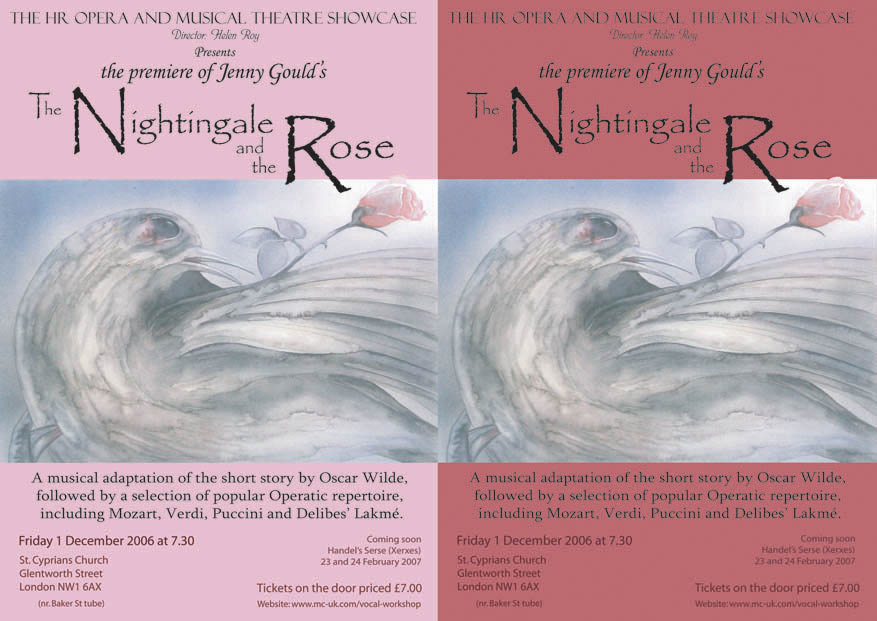 (The painting isn’t mine – but it’s lovely innit?)
Actually, also just before we left for Madrid, we went to a fancy dress party at our mate Liam’s place. I went as a very low rent V from V for Vendetta. James didn’t have a costume so he just went as himself. 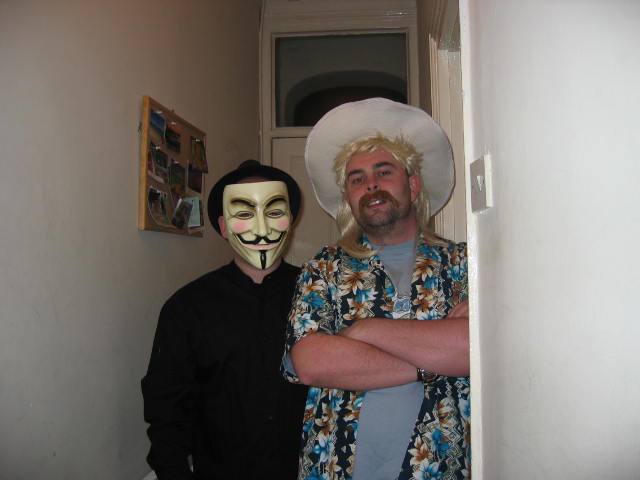 But the reason I’m mentioning in it here is that on my way into town to assemble the ‘costume’ in the above photo I bumped into Dave Lloyd. We chatted (he was on his way to a signing in West London) and I got off at Leicester Square. It was only then that it dawned on me what a it was coincidence meeting him just before buying a mask based on a comic he drew twenty years ago.

Currently working on Tongue of the Dead Part 2. It’ll be ready for the Birmingham con on the 9th of December. If I have time I’ll get a video trailer together for it beforehand.

Okay – you may go now.
But you’d better be going to check out the new series by Ms Noble and Mr Goodbrey at Serializer.net : The Rule of Dead.
They’ll be asking questions at the end, so pay attention.
at November 14, 2006
Email ThisBlogThis!Share to TwitterShare to FacebookShare to Pinterest