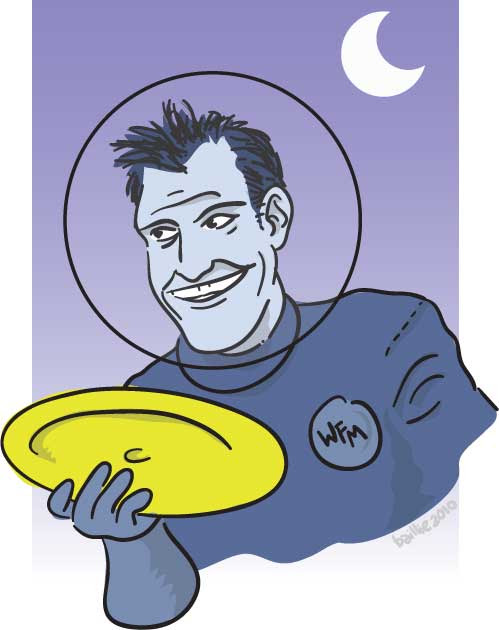 Sometimes I do a morning sketch to loosen up before a day at the drawing table. Today I decided to make it a tribute to Walter Frederick Morrison who died on Tuesday. I hadn't heard of him before reading this, but he sounds like a great guy, invented the frisbee and took a mean photo. No really - click on the link and see the photo, it's great!

Today I'll be mostly working on two pitches. Not for TV or comics though, weirdly.

Oh and designing a logo for a well-known indie band who are making a comeback - although that's not a done deal so if I never mention it again I didn't get the gig.

Have a good weekend!
at February 12, 2010
Email ThisBlogThis!Share to TwitterShare to FacebookShare to Pinterest