Are you still here? 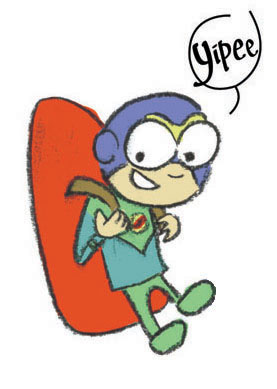 I've lost my belt and my jeans are sagging round my knees in typical gangster style.
Do you know how that trend started?
(Answer at the end)

An old story from the BBC website which I only got round to reading last week:

Actor Forest Whitaker has told the BBC about the intense effort he put in to generate his Oscar-nominated performance as Ugandan dictator Idi Amin in The Last King Of Scotland. The actor went to the extent of learning Swahili for the role - taking him four months to lose the Ugandan accent after filming ended - as well as watching endless hours of footage of Amin's speeches. 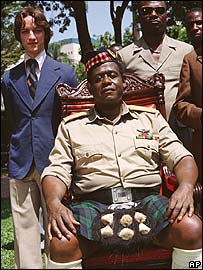 He also hung around the market in the capital Kampala, meeting people who knew the dictator.

"Everyone had stories," he told BBC World Service's On Screen programme.
"Many of the people I met had a dual feeling of him in the first place - some had relatives who had been killed during the regime, but there remained the feeling that he had also done certain great things for the country.
"That reconciliation was something that I needed to understand in order to play the character."

I was sad to hear of the passing of Arnold Drake this week. I was fortunate enough to hear him speak on a number of occasions - one being his famous acceptance song at the 2005 Eisner Awards ceremony in San Diego. He also talked at length, and with great humour, last year in New York about being swindled by Bob Kane on the 'Old Timer Comics Creators Who Were swindled by Bob Kane' panel.

It probably wasn't called that though.

Peter Greenaway discusses 'Casablanca Syndrome' in the short clip below. If you go to the YouTube page for this there is a collection of interesting clips from the same talk.

If you currently Google 'Baillie' I am seventh in the list of results. By linking to my website (www.davidbaillie.net) you can help push me up to number 1!

Another old BBC story I failed to mention here due to being so busy my intenstines tried to escape my body.

An ITV News report that Tony Blair was guided by God ahead of the Iraq war breached rules over accuracy, regulator Ofcom has said. 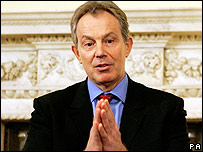 n the interview, host Michael Parkinson asked: "So you would pray to God whenever you make a decision like that?" Mr Blair replied: "Well I don't want to go into - this side of this but it's - yeah I... but you of course, it's... you struggle with your own conscience about it because people's lives are affected."

ITV said the answer justified the report that faith in God had played a part in the decision to go to war.

I'm not kidding either. I was blocked up with a cold last week - my nose was blocked, my ears were blocked, I could barely breath through my mouth. On top of this my body was producing enough mucus to disgust David Cronenburg. When blowing my nose the pressure within my body reached the point were my intenstines tried to jump through the middle of the six pack you can't tell I've got.

It's not painful or dangerous, but that didn't stop me spending a couple of days holding my stomach concerned that my innards were about to fall out.

Another BBC story. I should get commission from them I think...

Two-week-old Woody Lander "came back to life" half an hour after being pronounced dead by medical staff. So how do you diagnose death? 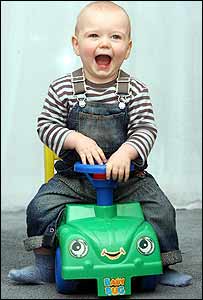 His parents call him their "little miracle" and those in the medical profession say the case is "amazing". Woody Lander - now a healthy 14 months old - was pronounced dead at Leeds General Infirmary after frantic attempts to save him by medical staff apparently failed. He had stopped breathing following a heart attack.

He was handed to his parents so they could say goodbye but when nurses started removing tubes from his body he began "twitching". Staff tried again to resuscitate him, this time successfully starting his heart 30 minutes after he was pronounced dead.

The case highlights how it is not always as straight forward as it may seem to tell if someone has died. So how do you know if someone is dead?

If you're hoping to see me at this weekend's UK Web and Thingy Comix in Mile End you may be slightly disappointed. Despite being listed as an exhibitor I will be on the other side of London on television-writing-business.

It's a shame as I always enjoy pimping my product. My usual co-conspirators, Dan Merlin and Doug Noble will be there - make sure you say hi and buy something of theirs.

I will be around for the aftermath, which I suspect will take place in a nearby pub. I'll also be putting up a number of comics superstars in my house (and possible the one across the road too, if we run out of floor space here).

If you see me in the later stages of the evening make sure I show you my belly button.

A film costume auction took place a few weeks ago and had some great items. They've all been sold now though. So you can't buy them. All you can do is look at some pictures. 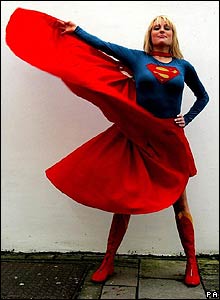 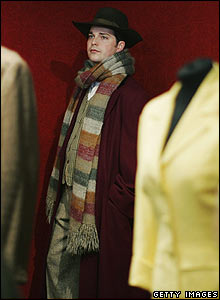 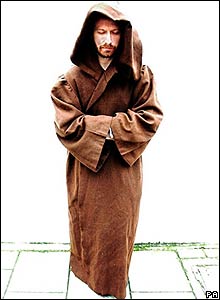 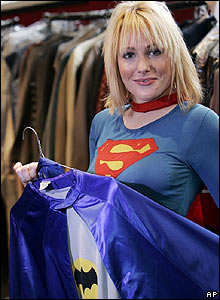 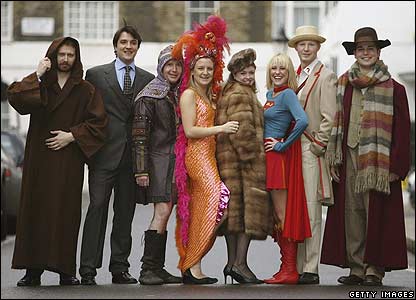 Go here to pick up a fresh scan of the classic long-out-of-print book Cartooning for Profit. 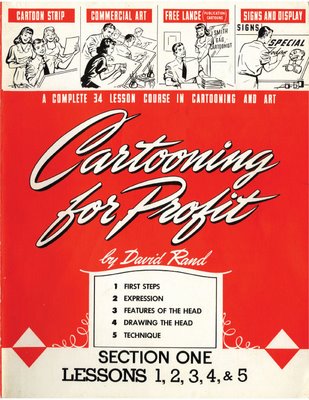 Yet another BBC link:

Veteran designer Peter Molyneux has said that he wants to put love into his next game, Fable 2.

"This is my bold claim - I need you to experience something in Fable that you as gamers have never experienced before," he declared. Gamers will be able to start a family and watch their child grow over time. Emotional reactions to gaming, such as love, fear and even empathy, remain the holy grail for many developers.

"Everybody is talking about emotion, story, engagement and narrative," Mr Molyneux said. "We have tried to approach it in a different way. We are going to explore love."

Did you know if you do a Google Images on 'David Baillie' you get this:

It changes every now and again. You should do it daily for maximum fun.

"I’m gonna get a caravan and live in a field for a while, it’s more simple that way.

That's from the unreasonably eloquent Chris Evans at his Radio 2 Blog.

Whatever happened to Rocket From the Crypt. I thought they were great. Does anyone have Scream Dracula Scream on CD? I once bumped into Mark Lamarr at one of their gigs. I had long hair back then.

I was there and found it quite entertaining, others were less impressed. Now you can judge for yourself. If you can't be arsed listening to the whole thing there is a great Chopra anecdote about halfway through about him visiting a pair of ancient mystics in India who lived in a house full of scrolls - one of which would describe every detail of your life.

I may be misremembering it slightly.
It is good though.

If you Google 'David' you get 506 million results, top of which is currently the David Icke website.

An abandoned consignment of marijuana with a street value of $20m (£10.3m) was found in California when a policeman went to check on a lorry.

The vehicle was unlocked and the engine warm, but no-one was in the cab.

You can just imagine a Mr Big drug dealer getting up in the morning, opening Firefox, checking the morning news and spitting his coffee all over his laptop upon reading that story.

I've finished The Final Adventures of RocketBoy and am now working full steam on an illustration project for the guys that put together the Manga Shakespeare books.

Now the reason I know tyou're all still reading - why 'the kids' wear their jeans slung low enough for you to see their underwear...

Well there's some contention. Some say it's an en-masse political fashion statement against the US prison system, some point to the aesthetic similarity similarity between baggy jeans and and that other classic of gangsta fashion the track suit.

My favourite theory though is that in the poorer areas where the style first emerged, clothes were often handed down from older child to younger by cash-strapped parents. The bigger your jeans, the bigger your elder sibling.

Don't mess with me - look how big my brother is!

Say hi in one of the comments if you're around my postcode this weekend.
Also say hi if you're not.
at March 14, 2007
Email ThisBlogThis!Share to TwitterShare to FacebookShare to Pinterest

Hey Dave,
I'll almost certainly be about Mile End for the small press thing on Saturday. I'll give you a bell if I'm still around in the evening!
Gordon

Excellent news mate - look forward to seeing you if you hang around.
(You have to - it's the best bit!)

One of those pictures is an old art thing of mine... the red/white one. Nice to see you the other day, will send you a proper message soon. Laters mate - James

Really? I can't find it now. The Google's done a wiggle. Where do you keep it?

Good seeing you again at the weekend. Thanks for the sketch too - I now have it above my desk.